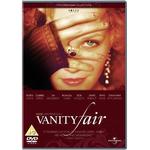 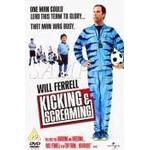 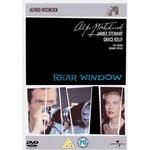 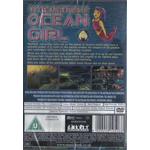 The New Adventures of Ocean Girl "The Return" 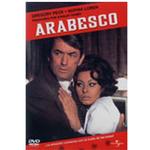 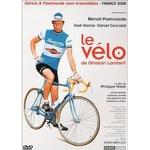 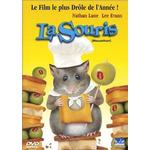 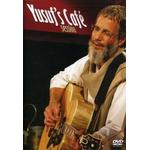 Lord of the Dance [DVD]

About a Boy/Notting Hill [DVD]

Gods of the Stadium [DVD]

ONCE UPON A TIME IN HOLLYWOOD (DVD)

THE ART OF SELF DEFENSE (DVD)

THE HOLE IN THE GROUND (DVD)

Six years have passed since we last met with guests and staff at the small bathing hotel. Some have changed in the meantime, but not the regular guests desire to set each other up here in the outer dune row.

Fred MacMurray stars as a ranch herder Will Keough who wants nothing more than to tend to his cattle and live in peace in Gun for a Coward. His two younger brothers, Hade (Dean Stockwell) and Bless (Jeffrey Hunter) are as different as night and day - Hade is wild and reckless and Bless refuses to use a gun, branding him a coward. Making matters worse is the brothers' merciless mother (Josephine Hutchinson) and Will's sweetheart (Janice Rule) who finds herself drawn to the sensitive Bless. Ultimately, a showdown will have to take place but which sibling will survive?When sold by Amazon.com, this product is manufactured on demand using DVD-R recordable media. Amazon.com's standard return policy will apply.This product is expected to play back in DVD Video "play only" devices, and may not play in other DVD devices, including recorders and PC drives.

The Snowman has been a Christmas staple ever since its original release in 1982. Based on Raymond Briggs' classic children's book, the tale of a solitary little boy whose snowman comes to life in the night and takes him on a series of adventures which culminate in a meeting with Father Christmas. It's uncluttered by modern standards and told with a gentle simplicity which renders it utterly poignant. The Snowman deservedly won awards for its animators. But they had the best material to work with: Briggs' softly absorbing original illustrations which magically combine Christmas fantasy with the stark realities of life and death. For this new special edition a new audio narration has been provided by Mel Smith which will help to bring it alive for younger children. The rest of us will probably be satisfied with Howard Blake's evocative soundtrack and, at the cynic-damning moment when the snowman takes the boy's hand and they soar into the sky, the tingling strains of "Walking in the Air" sung by Peter Auty, (not Aled Jones who had the chart hit on the strength of a commercial). It's enchanting, from beginning to end. On the DVD: The Snowman Special Edition is presented in 16:9 aspect radio with a stereo Dolby Digital soundtrack, fusing Raymond Briggs' soft, glowing pastel work with Howard Blake's sympathetic score in 26 minutes of animated perfection. The extras are fascinating: David Bowie's original introduction, demanded by the US producers who needed a celebrity to front the project (he looks ridiculously exotic); and a documentary in which the surviving collaborators and Briggs talk with touching awe about the little bit of magic they created. The commercial might of The Snowman as a marketing brand is also revealed. The lumpen vox-pops are the only irritation. --Piers Ford

I will ship by EMS or SAL items in stock in Japan. It is approximately 7-14days on delivery date. You wholeheartedly support customers as satisfactory. Thank you for you seeing it.

This new true-crime instalment of the powerhouse Law Order franchise delivers a gripping in-depth dramatization of the notorious murder case that changed America forever. When the Menendez brothers were tried on national TV for brutally killing their parents in Beverly Hills their story became a national obsession. Now the first edition of this anthology series delves into the players the crime and the media circus detailing the day-to-day battles of the trial and unveiling the shocking truth of what really went down when the cameras stopped rolling.

The peculiar antics of Laurel (Hayley Mills), an emotionally troubled young girl, are the focus of The Chalk Garden - a stately household drama set on the cliffs of the English south coast. Edith Evans plays a matriarchal grandmother who, in raising her granddaughter, has neglected her other love - a barren chalk garden. Mayhem ensues as Laurel's behaviour frightens away a succession of governesses until an enigmatic one (Deborah Kerr) is hired in spite of her mysterious references. She skilfully sets about tending to the girl's reckless emotions and the pitifully failed garden. John Mills (Hayley's real-life father) plays the compassionate butler working overtime to maintain order in this unpredictable environment.

Pride And Prejudice/Shakespeare In Love [DVD]

Pride and Prejudice Rightly winning wide acclaim on both sides of the Atlantic, this latest take on Jane Austen’s classic Pride and Prejudice is a real, all-round triumph. The age-old story still holds real resonance, and it follows the tale of five sisters dealing with love, and the many trials and tribulations that brings. There are so many delights to director Joe Wright’s take on the story, and his direction is a strong place to start. In spite of having to condense the tale to fit a movie running time, he nonetheless injects a real energy and intelligence to his retelling, and he’s served supremely well by his cast. Backed up by strong support by the likes of Brenda Blethyn and Donald Sutherland, it’s Keira Knightley in the lead turn who’s a real surprise here. Her performance is a real joy, and very much at the core of the film’s success. The film inevitably draws comparison with the superb 1995 BBC adaptation, and while arguably it doesn’t quite scale the same peaks, it’s to the credit of the filmmakers that their version still holds strong. For this is a tremendously enjoyable drama, and one that should continue to find an audience for a long time to come. An excellent film.--Simon Brew Shakespeare in Love One of the most endearing and intelligent romantic comedies of the 1990s, the Oscar-winning Shakespeare in Love is filled with such good will, sunny romance, snappy one-liners and devilish cleverness that it's absolutely irresistible. With tongue placed firmly in cheek, at its outset the film tracks young Will Shakespeare's overwrought battle with writer's block and the efforts of theatre owner Philip Henslowe (Geoffrey Rush, in rare form) to stage Will's latest comedy, Romeo and Ethel, the Pirate's Daughter. Jokey comedy, though, soon takes a backseat to ravishing romance when the beautiful Viola De Lesseps (Gwyneth Paltrow) disguises herself as a young man to wangle herself an audition in the all-male cast and wins both the part of Romeo and, after mu...

This product has passed our meticulous quality checks and is guaranteed to be in great condition. You can buy from us with confidence.

James Stewart, at his warmest and most avuncular, plays the bandleader who rocketed to fame during the swing era. The Glenn Miller Story may be a whitewashed version of Miller's life, but it certainly is a pleasant example of the feel-good Hollywood biopic, with the usual conventions: early struggles, loyal wife (June Allyson at her chirpiest), personal sacrifice--Miller joins the Army when war breaks out, although he doesn't have to--and ultimate tragedy. All the Glenn Miller classics filling the soundtrack make the film pretty easy to take, too: "Moonlight Serenade," "A String of Pearls," "Chattanooga Choo-Choo." Miller plays the great "In the Mood" with his military band during a World War II air-raid warning. Pure corn, but it works. Director Anthony Mann, better known for his superb series of hard-bitten fifties westerns with Stewart, keeps the story moving gently and gracefully. A hot jazz interlude features Louis Armstrong and Gene Krupa. --Robert Horton

Les Miserables - The 25th Anniversary in Concert at the O2 [DVD]

Please note this is a region 2 DVD and will require a region 2 (Europe) or region Free DVD Player in order to play. Celebrating 25 years of the world's longest running musical, Les Miserables takes to the biggest stage of them all at the O2. With a cast of 500 actors and musicians including some very famous faces, this sensational live performance captures the very essence of musical theatre. Seen by over 57 million people worldwide in 42 countries and in 21 languages, Les Miserables is undisputedly one of the world's most popular musicals. In celebration of 25 incredible years of the world's longest running musical, Les Miserables marks this momentous occasion with a spectacular performance at The O2. With a host of over 500 actors and musicians, this star studded cast includes Alfie Boe as 'Jean Valjean', Nick Jonas as 'Marius', Norm Lewis as 'Javert', Matt Lucas as 'Thnardier', Lea Salonga as 'Fantine', Jenny Galloway as 'Madame Thnardier', Ramin Karimloo as 'Enjolras', Samantha Barks as 'Eponine' and the casts of the Original Production at the Queen's Theatre, the New 25th Anniversary Production at the Barbican, London and members of the Original 1985 London cast. This is the biggest Les Miz ever! Experience the wonders of this truly incredible show, filmed live at The O2 on DVD. Actors Alfie Boe, Nick Jonas, Matt Lucas, Norm Lewis, Lea Salonga, Jenny Galloway, Ramin Karimloo, Katie Hall, Samantha Barks & Michael BallDirector Nick MorrisCertificate Exempt from ClassificationYear 2010Screen Widescreen 1.78:1 AnamorphicLanguages English - Dolby Digital (5.1)Subtitles English for the hearing impaired ; GermanClosed Captions YesDuration 2 hours and 51 minutes (approx)

Even a man who is pure in heart, And says his prayers by night, May become a wolf when the wolfbane blooms And the autumn moon is bright. If you haven't heard this piece of horror-movie doggerel before, you'll never forget it after seeing The Wolf Man for two reasons: it's a spooky piece of rhyme and nearly everybody in the picture recites it at one time or another. Set in a fog-bound studio-built Wales, The Wolf Man tells the doom-laden tale of Lawrence Talbot (Lon Chaney Jr.), who returns to the estate of his wealthy father (Claude Rains). (Yes, Chaney's American, but the movie explains this, awkwardly.) Bitten by a werewolf, Talbot suffers the classic fate of the victims of lycanthropy: at the full moon, he turns into a werewolf, a transformation ingeniously devised by makeup maestro Jack Pierce. Pierce was the man who turned Boris Karloff into the Frankenstein monster, and his werewolf makeup became equally famous, with its canine snout and bushy hairdo--and, of course, seriously sharp dental work. The Wolf Man was a smash hit, giving Universal Pictures a new monster for their already crowded stable, and Chaney found himself following in the footsteps (or paw prints) of his father, who had essayed a monster or two in the silent era. This is a classy horror outing, with strong atmosphere and a thoughtful script by Curt Siodmak--well, except for the stiff romantic bits between Chaney and Evelyn Ankers. It's also got Bela Lugosi (briefly) and Maria Ouspenskaya, the prunelike Russian actress who foretells doom like nobody's business. --Robert Horton

May the 4th be with you - Star Wars egen dag!